On that same riotous November day in 1989, Batson, a Lake Holiday resident, quietly celebrated his 30th birthday in Nuremberg, Germany. Thirty years after die Wende or turning point, Batson has recreated that Inner German border with precision accuracy. The idea came from his 2017 visit to the Deutsch-Deutsches Museum in Mödlareuth, where a section of the infamous Iron Curtain has been preserved. 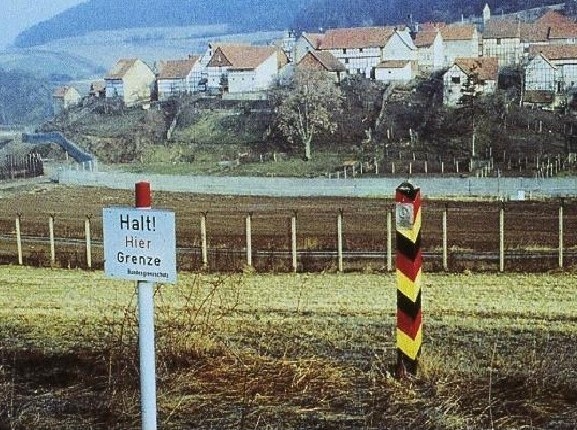 The two meter tall border posts were custom cut from poplar wood at McFarland’s Mill in Winchester, Virginia, to the same dimensions as those that had sealed-off 16 million East Germans from their countrymen for two generations. Coating the posts with paint and shellac resulted in a first-rate reproduction boundary, a relic of that bygone geopolitical era. 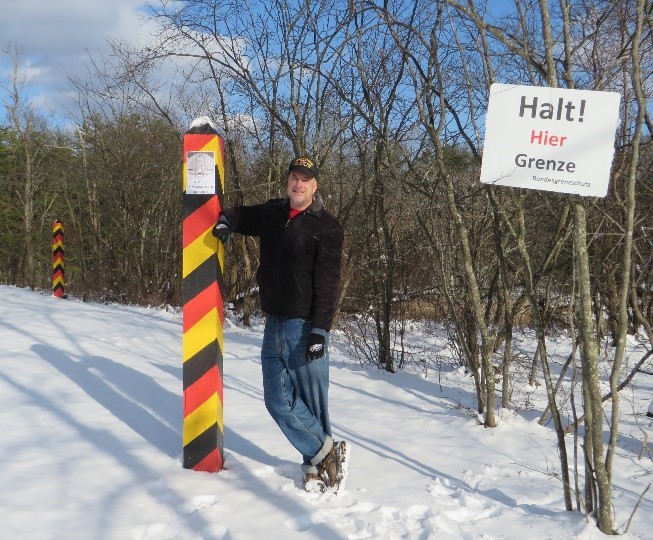 Batson served for a dozen years in the former West Germany, and later became a political geographer with the U.S Department of Defense.